This Non-publised Web Page Is Available Only By A Link Provided To The Recipient
The HVAC System was inspected and tested. It was found to be running and operating efficiently.
The only issue is the re-occurring problem with the moisture build-up on the living room and downstairs bathroom vents.
Only two vents and the duct access in the HVAC closet were opened.
Downstairs bathroom vent and the living room vent are the primary vents that had the moisture problem.
The HVAC technician determined the mositure problem was due to the ductwork coming loose from the drywall on the ceiling.
This was remedied by sealing the two ducts where they meet the drywall.
No other ducts were opened or inspected as they did not have a moisture problem.
Moisture buildup was caused by the hot air in the space between the floors being pulled through the vents with the cold air.
The technician explained it as being similar to a glass of cold liquid with ice "sweating" on the outside of the glass where the coldness meets the warmer air forming condensation.
The bottom photo shows how the openings were sealed.
Hover over each photo to read the caption.
Click the photos to "enlarge". 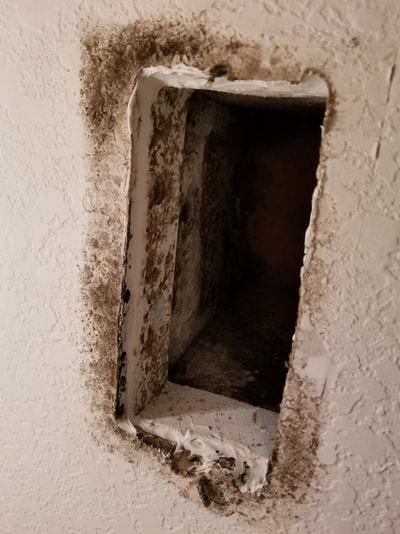 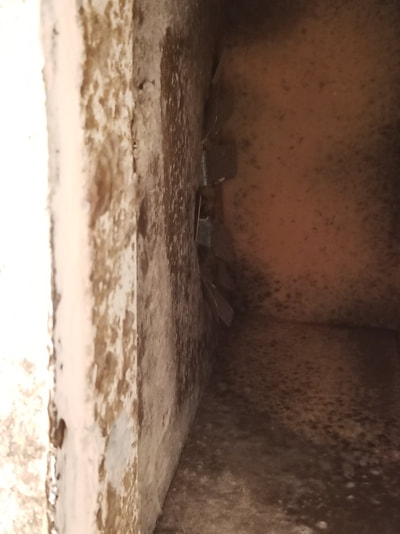 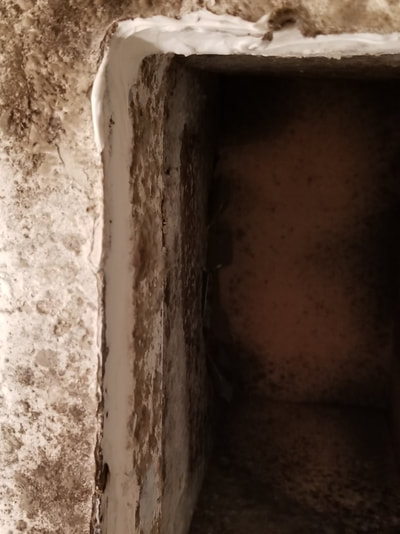 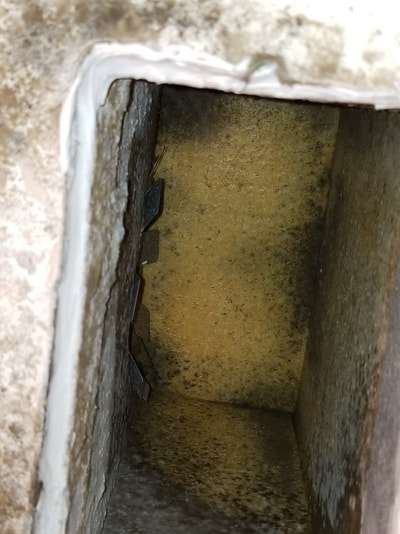 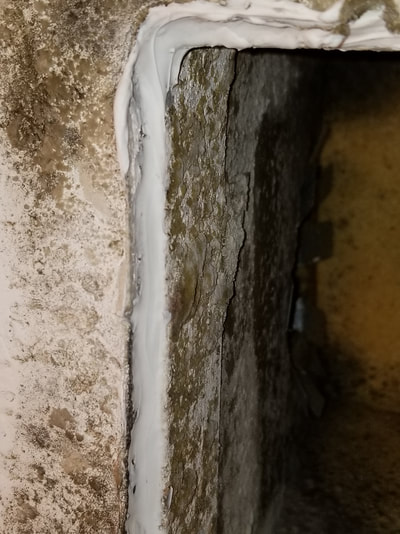 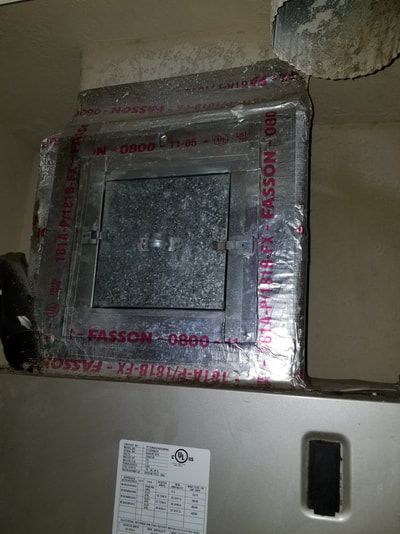 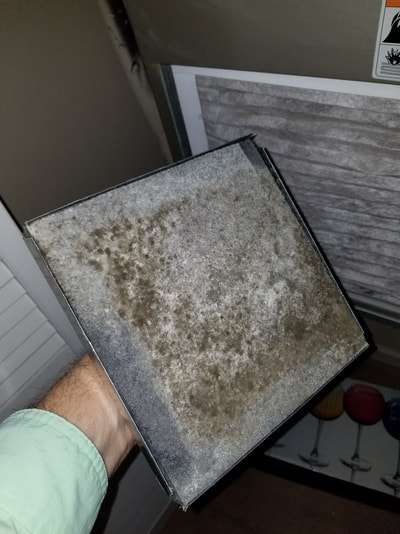 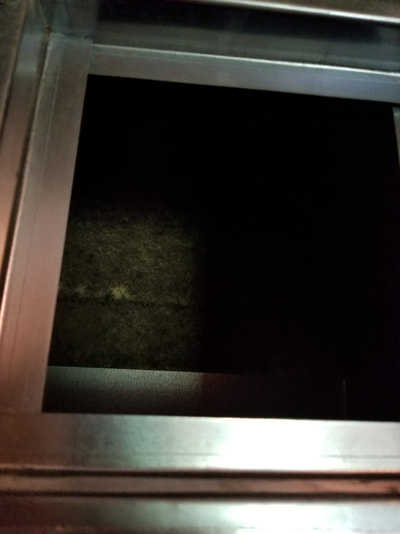 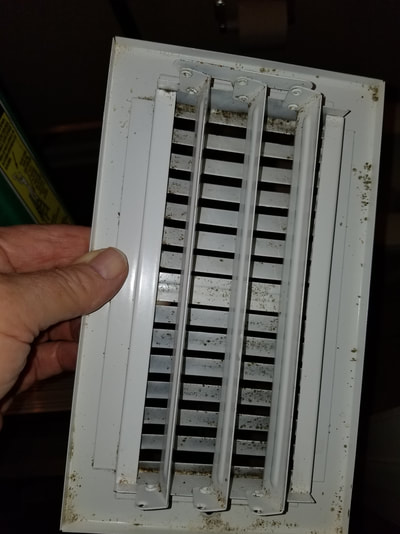 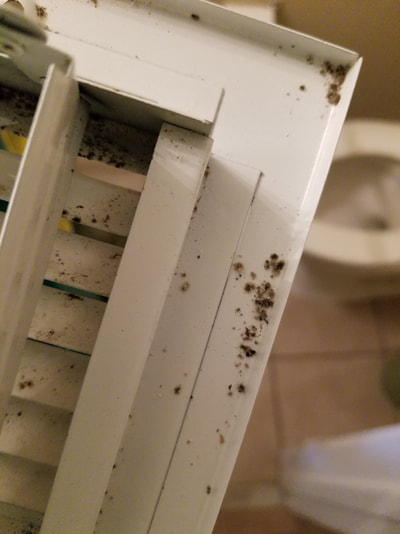 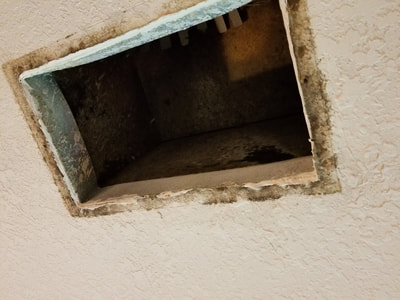 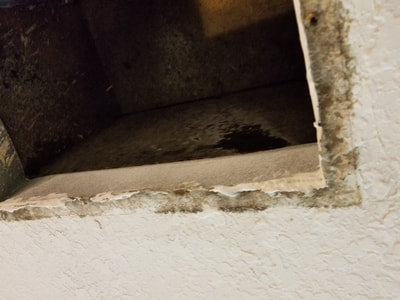 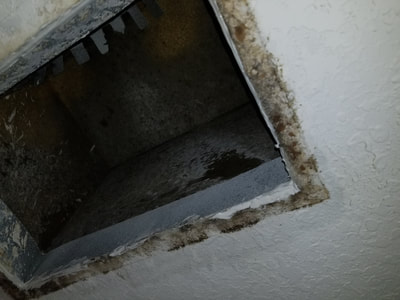 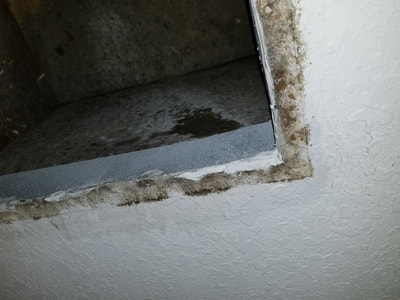